A Commentary on Austrian Politics

What does the recession mean for Austria? How is the government trying to curb a potential energy crisis in Europe?

Austrian citizen or not, the Austrian ministry for climate, (Sustainability and Energy Efficiency) has released multiple suggestions for saving energy this winter. Known as Mission 11, it is appropriately named after its goal; to save 11% of Austrian energy consumption. The heavily criticized policy has overall been met with disbelief and ridicule.

The EU’s reliance, Austria’s especially, on Russian gas has caused uproar after its invasion of Ukraine. Add to that a record high of inflation, and increasing energy prices, which make a winter heating crisis in Austria a likely possibility. This level of urgency, however, seems to not be reflected by the Austrian government. According to Leonore Gewessler, minister of climate protection, these “small habit changes” from “as many people as possible” (1) will help curb Austria’s gas usage and provide a plausible solution (ORF Stories).

The main topic of these 11 suggestions concern, of course, heating. Though a majority of Austrian energy is sourced from renewables, the country is reliant on gas throughout winter months. Therefore, as small as a decrease of 2 degrees in room temperature has considerable saving potential. Overall, about 50% of an average household’s energy consumption is spent on heating, along with 30% on transportation, and the remaining 20% being warm water and appliances. Apart from the commonly heard measures for energy efficiency, a few unusual ones have snuck into the list as well: from completely shutting down electronic devices instead of leaving them on standby, to using lids when cooking in pots and pans, refraining from using ice cubes, or waiting for food to fully cool before placing it into the refrigerator, it seems that every little measure is enough. Furthermore, the government wants to encourage proper window insulation among households, since 20-25 percent of heat loss from buildings stems from inefficient windows and ventilation.

But how feasible is this in the long term?

Gewessler and the government have seen increased criticism for Mission 11, as it seems to be only a band-aid for an ongoing problem. The promises of expansion in renewable energy and a “Transformation of Industry” have been the main theme during elections in past years, yet earlier action and foresight could have fundamentally changed Austria’s response to the ongoing crisis. Critics of these measures mention a valid point; had Austria made itself independent of non-renewable energy sources years back, the country would not be dependent on gas – Russian gas.

According to the Mission 11 BMK website, 4 million households in Austria used 90 terawatt-hours (or a billion terawatt-hours) of energy, heating, and electricity in 2021. This is hardly comparable to the 120 terawatt-hours used in industrial production or the 114 terawatt-hours used in transportation. It seems now that the problems have been shuffled onto the average domestic household and the mere hope that “as many as possible join in” (2) gives the impression that a truly committed or comprehensive plan has not been formulated.

Instead, Austria relies on what it does best: government advertising campaigns. In hopes of relaxing public fears for winter and “strengthening consciousness” (3), the 3.6 million Euro media budget seems a plausible measure (ORF Stories). What one sees on Viennese streets are large and colorful posters with quirky slogans such as “Sag bye zum Standby” (Say goodbye to standby!) (Mission 11). The efficacy of such government posters, especially throughout the pandemic, remains questionable. 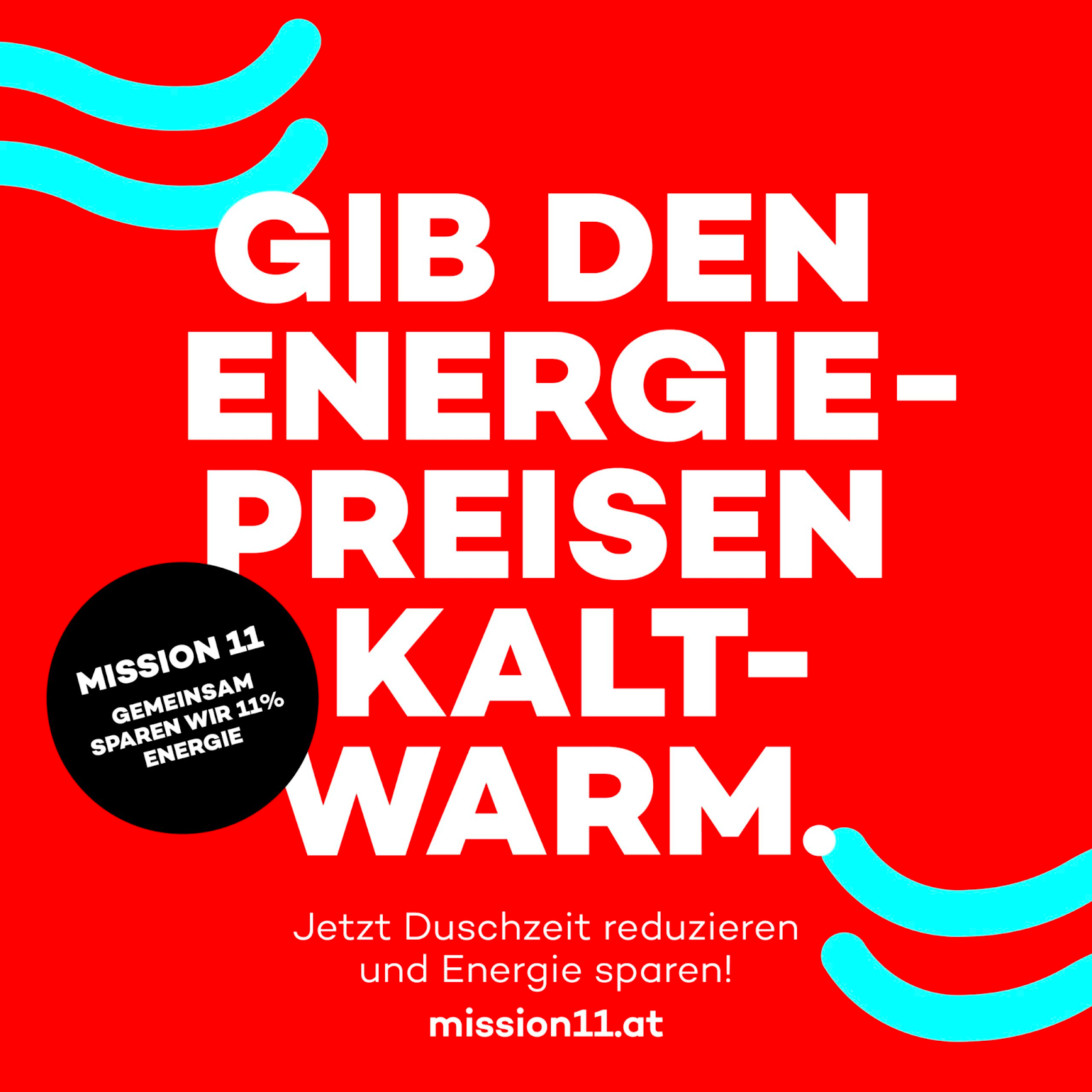 Apart from some partial advertisements seen on Vienna’s billboards, only a few moves to reduce government energy expenditure have been seen, such as the 19℃ room temperature limit in public buildings. Though a ban on commercial lighting after 10 pm stands in question, and so does a limitation on outdoor heaters in restaurants, the suggestions faced immediate critique from the other side of the political spectrum. Politician of the FPÖ party, Herbert Kickl, has expressed how he feels that restrictions on “how high the heaters are turned up” or “how restaurants choose to shield their guests from the cold” are “absurd energy-saving tips” (4) (ORF Stories).

Whether these measures are enough if properly followed and enforced on the Austrian public, will only be seen in the next few months.